Cue the fluttering hearts of women across Australia, with House Husband’s star Firass Dirani tweeting shirtless shots from the set of season 2.

Miranda Kerr headlined the catwalk, opening the show in Ellery and closing in Dion Lee.

ustralian model Lara Bingle is single and ready to mingle, after revealing to OK Magazine this week that she and designer Gareth Moody have officially split.

Bingle’s relationship with Moody was made public on her Channel 10 reality show Being Lara Bingle last year.

The model told OK, “It was a long time coming. He lives his life differently to me and he found my life very full-on and couldn’t embrace it.” 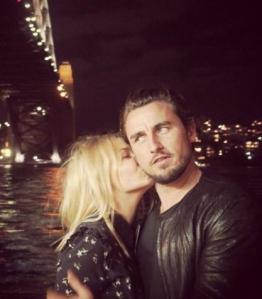 The awards night recognised the talents of Australia’s national cricket team, with captain Michael Clarke winning his fourth Allan Border Medal for ‘Player Of The Year’.

No glamorous soiree is complete without an array of exquisite frocks, and this night was no different.  Wives and girlfriends of the cricketers hit the red carpet and Clarke’s victories continued, with wife Kyly headlining the fashion stakes in a white cut-out J’Aton gown.

Following the success of the first two seasons starring the likes of Jesinta Campbell, Didier Cohen, Julia Morris and Nathan Jolliffe, Channel 9’s ‘Celebrity Apprentice Australia’ is returning to our screens in 2013.

Channel 7’s Home & Away Facebook page posted a video of male cast members asking fans to vote for their Summer Bay favourites, while stars of Channel 10’s The Project and Channel 9’s House Husbands have taken to Twitter with their pleas.

It was a battle of the kitchens this week, as Channel 7’s My Kitchen Rules and Channel 10’s Masterchef: Professionals went head to head in a ratings war.

My Kitchen Rules won the stoush, thanks to controversial NSW contestants Jesse Khan and Biswa Kamila.

Dubbed the ‘Spice Girls’, the two contestants of Indian descent became trending topics on Twitter following their opinionated remarks on the show.

Twitter comments took a racist turn on Tuesday, with Penrith Panther player Aruna Tamauta tweeting, “Get them two curry munches off #MKR they are just pure annoying now”.  Taumata later apologised for his remarks with another tweet.

Since their elimination on Wednesday night, Khan and Kamila have expressed their shock at the public animosity towards them:“We didn’t think people would take us so seriously. The reaction has been out of proportion”. 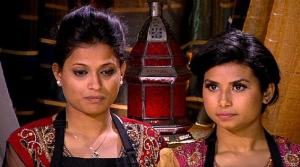