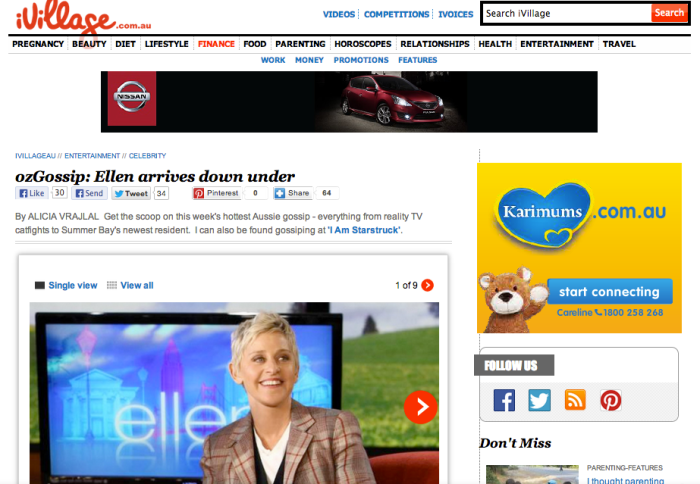 By ALICIA VRAJLAL  Get the scoop on this week’s hottest Aussie gossip – everything from reality TV catfights to Summer Bay’s newest resident.  I can also be found gossiping at ‘I Am Starstruck’.

US talk show host Ellen Degeneres has finally arrived in Australia, after postponing her trip last week due to a bout of the flu.

Ellen and her wife, Australian actress Portia de Rossi, touched down at Sydney Airport this morning and were greeted by hundreds of screaming fans.

The Kyle and Jackie O show on 2DAY FM has revealed Ellen’s Down Under schedule, which includes filming segments for her show and meeting local fans. For anybody who’s interested in following her movements, here is the plan: 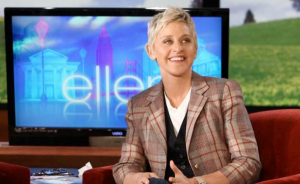 Australian model Miranda Kerr has stepped down from her role as fashion ambassador for David Jones.

She will be replaced by Jessica Gomes who has previously strutted the department store’s catwalks.

Gomes told The Daily Telegraph, “I am so excited to have the opportunity to represent Australia’s leading department store and its incredible collection of fashion brands. To follow in the footsteps of such iconic faces as Lauren Hutton, Maureen Duval, Megan Gale and Miranda Kerr is a career highlight and something I am extremely proud of.”

Kath & Kim star Gina Riley revealed earlier this week that she has been treated for breast cancer.

The diagnosis was made late last year after the 51 year old went for one of her regular check ups.

Gina told the Herald Sun, “So here it is. For me there was no lump that could be felt by either me or my doctor. It was only that I went to my regular mammogram and ultrasound appointment that it was found.”

Former Spice Girl Melanie Brown has been announced as a judge on the upcoming series ofAustralia’s Got Talent, the first since Channel 9 bought the show from Channel 7.

However, Channel 7 has won an injunction against Brown, who previously appeared as a judge on the network’s show The X Factor.

A NSW court has ruled that she was “restrained from entering into or performing any agreement with any person other than (Channel 7) for her to appear on television in Australia at any time before 31 January 2014.”

It was announced earlier this week that Kyle Sandilands, Timomatic and Dawn French will complete this season’s Australia’s Got Talent judging panel.

Local celebrities to make a splash in new reality show

Fourteen Australian celebrities are set to dive into our TV screens later this year in a new reality show.

Channel 7’s Celebrity Splash will follow the cast as they attempt to master the art of diving.

The stars have begun training in Melbourne, however a line up of judges has not been confirmed.

The show, a local version of the UK’s Splash, is set to premiere later this year.

Phil and Amity win The Block

This is the second time the pair have appeared on the reality show, after competing in the first series in 2003.

The surf and sand of Summer Bay is famous for its abundance of sizzling eye candy.

So it’s no surprise that former X Factor contestant Johnny Ruffo will be starring on Channel 7’sHome & Away.

The network has announced Johnny’s onscreen Summer Bay action will start on 1 April – as far as we can tell, it’s not an April Fools’ Day joke.

Johnny will reportedly star as the brother of Spencer, played by Andrew Morley, over a period of 16 episodes. 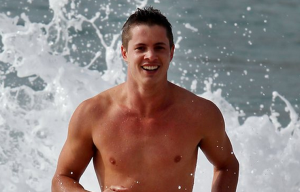 The cat fight continus on ‘My Kitchen Rules’

‘Real housewives’ Angela Kennedy and Melina Bagnato have been eliminated from My Kitchen Rules after a sudden death cook off on Tuesday night.

Throughout the series, a clear rivalry between Angela and Melina and gatecrashers Ashlee Pham and Sophia Pou has developed. Following her elimination, Angela has labelled the gatecrashers as ‘spineless’.

This isn’t the first time Ashlee and Sophia have faced criticism from opposing teams.  After Tasmanian father and son duo Mick and Matt were eliminated last week, Matt slammed Sophia and Ashlee for being bullies. 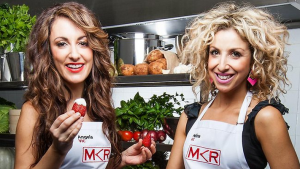