Fifi welcomed the bub at approximately 2:30pm and even chatted to Hamish and Andy during their annual Logies spitroast show.

She said, “She’s just so heavenly and gorgeous”.

With the Logies last weekend and season 4 of Offspring just around the corner, the timing of Matt Le Nevez’s new GQ photoshoot could not have been better.

The Offspring star has posed for the May issue of the men’s magazine, giving the show’s fans some relief from their dreamy Dr Patrick Reid withdrawals.

To say that the shots are irresistibly sexy is an understatement.. and we’ve decided to share one here for your viewing pleasure.

Offspring star Asher Keddie took home the gold at Sunday night’s Logie Awards, beating out the likes of Hamish Blake, Andy Lee and Adam Hills for the coveted award. She also nabbed the silver gong for most popular actress.

The most surprising victory of the night was The Voice judge Joel Madden, who took home the Most Popular New Male Talent award.

Sydney style was out in full force this week as Mercedes Benz Fashion Week hit the town.

Jessica Mauboy heads back to school

Following her Hollywood success in The Sapphires, 2013 is proving to be an even big year for Aussie singer Jessica Mauboy.  In addition to her role as a mentor on Channel 9’s The Voice, Jess been announced as the new ambassador for the 2013 Woolworths Earn & Learn program.

She will encourage Australian communities to support their participating local schools or early learning centres by collecting Earn & Learn points when they shop at Woolworths.

Revealing that she had wanted to become a teacher, Jess says, ‘I’m proud to be part of such an important community initiative that supports the next generation of Australian kids.  I went to a small school in Darwin and was lucky enough to have some amazing teachers who inspired and supported me to reach my goals.”

Channel 9 has signed yet another two stars from opposing network Channel 7, to headline in new drama Love Child.

Packed To The Rafters stars Jessica Marais and Ryan Corr will join Underbelly actor Jonathan LaPaglia in the eight part miniseries created by the producers of House Husbands.

Another familiar name set to star in the show is Howzat actress Mandy McElhinney, also known as Rhonda in those ‘Ketut’ AAMI ads.

Based in the 1960s King Cross, Channel 9 drama executive Andy Ryan has said, “Love Child is a compelling and uplifting series that will appeal to every generation, from Gen-Y to Baby Boomers and beyond”. 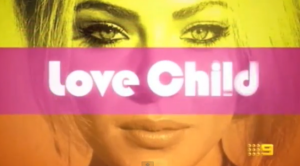 Aussie model Lara Bingle is the newest celeb to sign on with fashion label Cotton On as an ambassador.

Lara joins fellow Cotton On ambassador and judge of Australia’s Next Top Model, Didier Cohen in modelling the latest knit and denim trends for the Winter season.

During this week’s fashion week, Lara told News Limited that she is loving the “family” atmosphere of the Cotton On company. 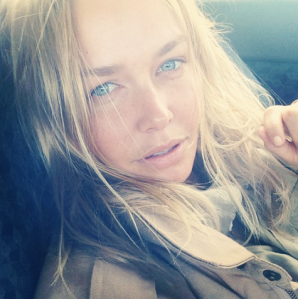