My Kitchen Rules gatecrashers Ashlee Pham and Sophia Pou were finally eliminated from the Channel 7 reality show on Tuesday night.

The Sydney pair, known for their controversial and outspoken behaviour and frequent use of the word “babe” were booted off after serving overcooked sauteed kidneys and undercooked steam buns.

Both Ashlee and Sophia have sparked backlash from audiences as well as competing teams during the series.

Following elimination, Sophia told news.com.au, “They’re a small bunch of people that sit behind computer screens because, quite frankly, they don’t have anything better to do.”

Mel B banned from Channel 9

Earlier this year, Channel 7 had won an injunction against Brown, who previously appeared as a judge on the network’s show The X Factor.

The case was finally settled yesterday after the Supreme Court’s Justice David Hammerschlagordered that Brown be restrained from entering into an agreement with åny other network in 2013.

We wonder who will replace Mel B on the Australia’s Got Talent judging panel consisting of Kyle Sandilands, Timomatic and Dawn French. 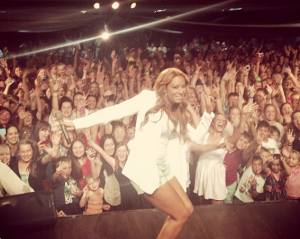 Australia’s Next Top Model judge Charlotte Dawson seems to be back on the dating scene, having been spotted with a new and much younger squeeze at last week’s Sydney Fashion Week.

The Daily Telegraph reports that Charlotte was spotted snuggling up to 23 year old property agentTyrone Corban.

She has also tweeted photos of her toy boy. 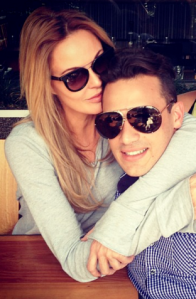 Whilst a wedding date has not been confirmed, the designer of Erin’s exquisite bridal gown has been revealed.

Erin took to Twitter yesterday saying, “My wedding dress is honestly the most beautiful creatioon I’ve ever laid my eyes on.  @stevenkhalil is nothing short of a genius.  Thank you x”. 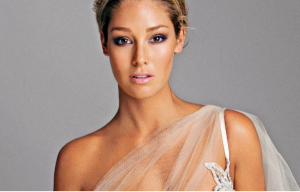 Fifi took to Twitter on Sunday night saying “Its not that you’re boring @juleslund but maybe work a big harder to entertain my daughter next time you visit” along with a shot of the bub yawning in their presence – cute!

The new mother also spoke to New Idea magazine who exclusively published the shots.  She said, “The first few days with Trixie have been the calmest and most serene of my life”. 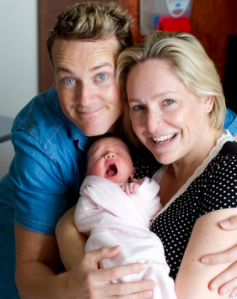 As per usual, black and white headline the colour schemes for Derby Day, and this year’s carnival saw a mixture of lace, feathers and bold, red lip amongst the trackside fashion.