The My Kitchen Rules grand final is this Sunday night on Channel 7, so let’s take a look at the kitchen drama boiling up among the contestants in the final week.

Queensland couple Dan and Steph Mulheron have made it through to the grand final.  The pair will be battling it out in the kitchen against Queensland’s Jake and Elle Harrison on Sunday night.

My Kitchen Rules contestants Luke and Scott have scored a hosting gig with Seven. After MRK wraps up the Bondi Boys are expected to present on Sydney Weekender.

The personal trainers who focus on healthy cooking were eliminated on Tuesday night but have definitely been bitten by the TV bug.

Tasmania’s Mick Newell has said that the controversial behaviour encouraged in this season of My Kitchen Rules was not not necessary to achieve high ratings.

Mick told news.com.au “I know it (Ashlee and Sophia) was probably controversial and got publicity and everything, but I think just as many people would have watched it (MKR) without it as did with it.”

What does that mean?  Well, pretty much just that.

The network has aired its first promos for 2013 season showing female and male contestants going head to head with remarks that some people are deeming sexist while others say is just light hearted fun.

Take a look at the promo here:

Hawkins, who is set to marry model boyfriend Jake Wall, hit Sydney’s nightclub scene with her mum, sister and a group of girlfriends.  The Daily Telegraph reported, “It’s understood the group (believed to be around 10-strong) kicked up their heels in a VIP section of Marquee on Saturday night, making short work of several bottles of French champagne and vodka.”

Jen kept her followers up to date throughout the night with candid snaps on instagram.

McNaught, who is engaged to UK singer Example (Elliot Gleave), also posted a hen’s night shot on instagram, proving she is her fiance’s biggest fan with a poster of Example propped in the background.  From the photo comments, it looks like Erin had a blast with even a ‘fireman’ making an appearance.

Last week Erin revealed the designer of her wedding gown will be Steven Khalil.

Redfoo’s got the X factor

LMFAO frontman Redfoo (born Stefan Kendal Gordy) has been announced as the fourth judge on Channel 7’s The X Factor.

The reality show has seen a couple of changes in the judging panel, with Dannii Minogue replacingMel B and Redfoo now replacing Guy Sebastian.

Dannii, Ronan and Redfoo are currently in Melbourne for X Factor auditions with the party rocking, shuffling guru giving his fellow judges a big thumbs up.

“I love all the people I’m working with.  It is such a cool environment and it feels like home,” he said.

Fourth judge Natalie Bassingthwaite will return to the show after giving birth.

Brynne Edelsten has been warned that her breast implants could be damaged by participating in Channel 7’s new reality show Celebrity Splash. The show will follow a cast of fourteen Australian celebrities as they attempt to master the art of diving from Olympic heights.

Brynne told the Daily Telegraph, “My doctor said it’s a very serious thing that can happen.  If I were to land wrong there is a chance it (implants) could go right back up into my armpit”. 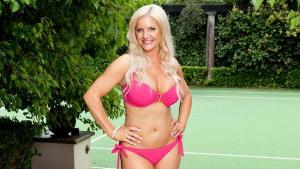 Following the success of the first two seasons, starring the likes of Jesinta Campbell, Didier Cohen, Julia Morris and Nathan Jolliffe, Channel 9’s Celebrity Apprentice Australia is returning to our screens on Tuesday night at 8:40pm

Check out the 2013 season promo here:

Following the appointment of new editor Sharri Markson, Australian magazine Cleo has been relaunched to better appeal to its young audience – and apparently that means less sex.

The magazine has dropped the word ‘sex’ from the title’s cover lines for the first time in 40 years, with Markson claiming that readers are more conservative than previous generations.

”They are embarrassed to be sitting at home with their parents reading a magazine which has the word ‘orgasm’ in bold print on the cover,” she said. 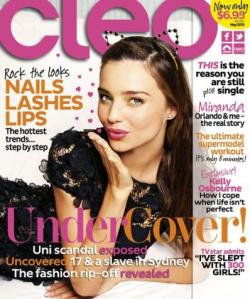 Abby Dobson says The Voice rejection “really bruised my ego”.  So why did she do it?

Abby Dobson says her decision to audition on talent show The Voice was “ill thought out” but she’s okay with the outcome. Speaking with the Sydney Morning Herald, Dobson says she’d only had three hours sleep the night before due to a gig and did her best under the circumstances.

Many wondered why the former lead singer of Leonardo’s Bride made the decision to appear. Their hit single Even When I’m Sleeping obviously wasn’t a bit enough hit for even Delta to remember her, although she later said that Abby’s voice sounded familiar.

Dobson said watching her friend Darren Percival do well on the show last season inspired her to try out but she’s just as happy right where she is. “I’ve learned a lot … it’s given me a new spark of enthusiasm for my autonomy as an artist, and the groundswell of support from people has been amazing.”

Her next gig is at the Camelot Lounge in Marrickville on May 23. 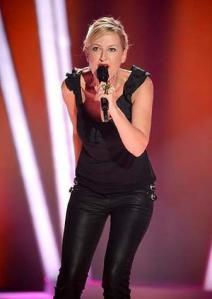 With the cooler season approaching, it was the perfect opportunity to display some of the most covetable woolly trends. But it wasn’t only the wool that had heads turning – Thor star Chis Hemsworth hosted the evening.

The red carpet was rolled out at George Street cinemas on Tuesday night for the premiere of Star Trek: Into The Darkness. The film’s stars Chris Prine and Zachary Quinto  joined familiar local faces including 2013 Australia’s Got Talent judge Timomatic and Home and Away stars Lincoln Younes & Nic Westaway on the red carpet.