“Why hire a black model when you can paint a white one?” 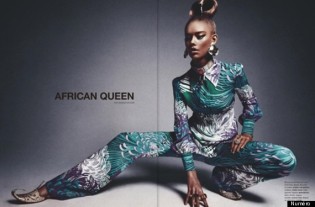 Following a French magazine’s decision to ‘black up’ an anglo saxon model for an African inspired photoshoot, this statement made by blogger Foudre appears to be representing the mentality of many in the fashion industry.

But the question is why?  Could the magazine really not find any black models to pose in a culturally inspired editorial piece?  The success of Tyra Banks, Naomi Campbell and Iman answers that question loud and clear.  So perhaps the publication’s access to these particular supermodels was curbed by circumstances, but surely there were still other options?  In fact, the agency that represents chosen model Hardin, also represents a number of black women.  And the supply of aspiring multicultural models willing to pose for a high end glossy does not end there and Numero knows it (check out the gallery of gorgeous black models below). 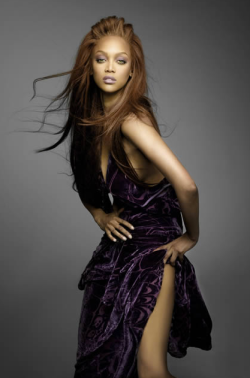 Unfortunately this casting choice is yet another example of and contribution to the media and fashion industry’s ignorance of cultural diversity.  The lack of opportunities for coloured models in the twenty first century is unfortunate and unnecessary.  The fact that black women are not being offered jobs for ‘African Queen’ photo shoots, cues severe alarm bells for the future prospects of black models’ careers and questions the racial attitudes of the industry.

“It’s impossible to look at this and not ache for young women of color who want to pursue careers in modeling (and arguably, fashion by extension). When they don’t see themselves on the runway or in magazines, it could be very easy for them to think, “huh, I guess modeling isn’t for me.” Then the status quo remains, and the runways remain monotone. If jobs for “African Queen” photo spreads aren’t going to black women, what hope is there?”

What are your thoughts on cultural diversity in the media and fashion industry?  Was it ok for this magazine to ‘black up’ a white woman for a photo shoot?

One thought on “Why hire a black model when you can paint a white one?”